It is with deep sadness that we share the recent passing of former International Peace Garden president Richard Lord, of Cando, N.D. 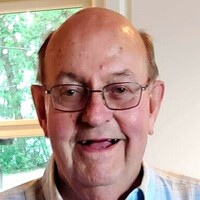 Richard was an incredible champion of the International Peace Garden and was involved for more than 5 decades. Richard served as IPG President from 1993-95, overseeing incredible growth that included the addition of the Burdick Center for the Performing Arts and new dorms at the International Music Camp. Richard’s entire tenure on the Board ran from 1984-96.

Richard was also a proud member of the North Dakota and Peace Garden Masonic Lodges. As Grand Master, he guided the 1981 addition of the Masonic Auditorium. This beautiful, unique structure continues to host Music Camp performances every summer.

“Richard was ever-present at the Garden through our 90th Anniversary in 2022,” said Tim Chapman, IPG CEO. “He was always ready to offer advice and guidance, while keeping everyone laughing. His warmth and passion for the Garden stretched across the border where he made great friendships in Canada.”

The Peace Garden extends its condolences to Richard’s family and friends.

The obituary can be read here.